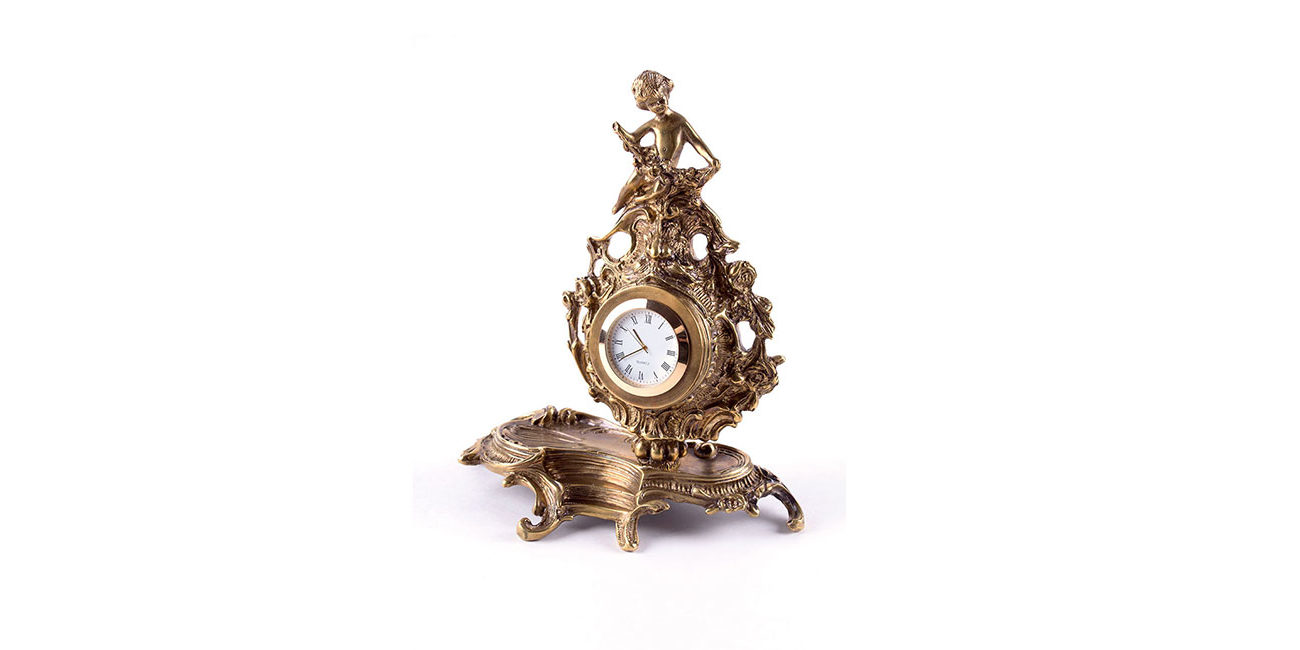 Fireplace, table clock for a luxurious interior of your home

In the interior of a modern house, a bronze clock occupies a special place, symbolizing the continuity of generations, luxury and true nobility.

Such products made by the hands of real masters can be equated to works of art without exaggeration.

Bronze clocks for the fireplace, bronze table clocks – every bronze clock has a unique design.

The  clock are made of bronze and are popular for interior decoration. One reason for this success is the technical qualities inherent in bronze. For this reason, it became the favorite material for clock cases, candelabra . Clock  not merely timekeepers, but became objets d’art.

A French Empire-style mantel clock is a type of elaborately decorated mantel clock made in France during the Napoleonic Empire between 1804–1814/15.  Although the timekeepers manufactured throughout the Bourbon Restoration (1814/1815–1830) are also included within this art movement since they share subject, decorative elements, shapes and style.
Already by the end of the 18th century, from the mid-1770s on. The French clocks participated of a new art movement; the Neoclassicism.  The predominant style in architecture, painting, sculpture. And the decorative arts, that had come into its own during the last years of Louis XV’s life. Chiefly as a reaction to the excesses of the Rococo but partly through the popularity of the excavations at ancient Herculaneum and Pompeii, in Italy.

The timekeepers manufactured both over the Louis XVI and the French First Republic historical periods incorporated this new artistic language with classical designs. Allegories and motifs. In the case of the Louis XVI pieces, stone (usually white marble, alabaster or biscuit) was combined with gilded and/or patinated bronze, although certain cases were completely cast in bronze. Some models were architectural while others displayed classical-style figurines.
These timekeepers were embellished with fine bronze figures of art, sciences, and high ideals allegories, gods, goddesses, muses, cupids, classical literary heroes and other allegorical or mythological compositions.

Early 20th, among all of the different revival styles of mantel clocks available; Rococo, Louis XVI, etc., timepieces in the Empire style were made as well, normally they were replicas or adaptations based on preexisting models.